Black families have lived in the North Slope Historic District (NSHD) since the 1880s and contributed to the diversity of our neighborhood and to Tacoma’s development. The Arnettes, who lived at 914 N. Cushman Ave. were one such family. In 1937, however, the Federal government labeled them a “hazard” for merely living here. 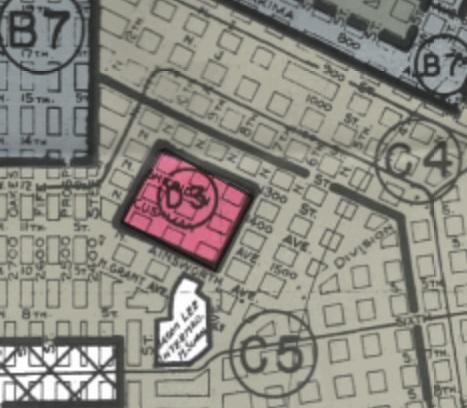 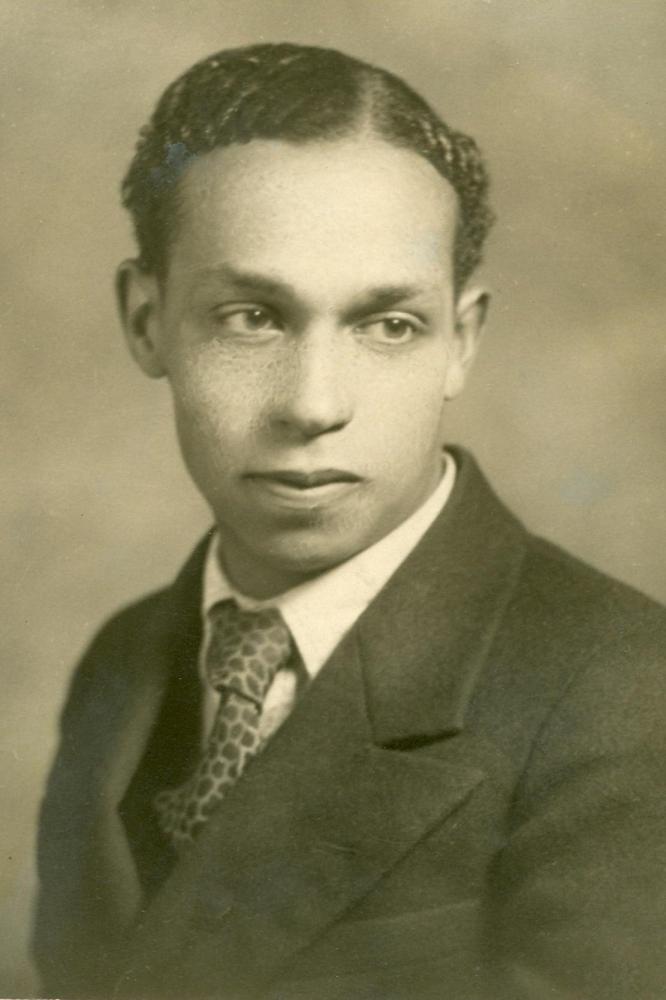 (This story was written by Historic Tacoma Board Member, Marshall McClintock.)

In 1933 Congress created the Home Owners’ Loan Corporation (HOLC) to provide emergency relief to homeowners in danger of losing their houses due to mortgage default during the Great Depression. In 1935 after most of these loans were issued, HOLC began creating color-coded maps to study local mortgage markets in major U.S. cities, summarizing the judgments of local real estate professionals about the perceived risk of making loans in various neighborhoods. The maps graded neighborhoods into four categories based largely on age and condition of the housing stock, but also included denigrating racial, ethnic and class considerations. The HOLC maps are now often associated with the practice of “redlining” or denying loans based on race or ethnicity.

Recent research, however, shows a more complex story. All banking at the time was local with local lenders knowing their neighborhoods far better than any Federal agency, and the HOLC maps weren’t available outside the Federal government.[1] In fact, most HOLC loans went to homeowners, including Black homeowners, in areas designated “C” (yellow) “Definitely Declining,” or “D” (red) “Hazardous” since these homeowners were least likely to get private sector loans.[2]

While racial discrimination in lending undoubtedly occurred over decades, HOLC maps are not the best evidence of that discrimination. Still, they do provide a snapshot of what local lenders and realtors believed about neighborhoods from quality of housing to racial makeup.

What does the 1937 Tacoma HOLC map say about the area where the NSHD is today? Most of the district, along with 63% of all Tacoma, was designated “C” (yellow) or “Definitely Declining” with “large, outmoded houses.” But nine blocks between N. 7th and N 9th St. and between N. M St. and N. Ainsworth Ave. were labeled “D” (red) or “Hazardous.” A map note says that this area of about 100 houses is “identical” to the surrounding “C” area except that “… several Negro families (three known)” own property here. A search of the 1940 census, however, only identified two Black families, the Arnettes (914 N. Cushman) and the Simons (716 N. M) living there, and inexplicably, didn’t include other Black families in the district, like the Webers at 1213 N. 7th St.

Intrigued, I set out to find out more about these supposedly “hazardous” Black families like the Arnettes. Oscar and Edna (Tennie) Arnette married in 1899 in St. Joseph, Missouri. Oscar was originally from Kentucky. Tennie’s father, Harry Robinson, was a prominent businessman and politician in St. Joseph. Oscar and Tennie arrived in Tacoma about 1908. The family included three of their five children: May, Hughey (later Hugh), and Mina-Belle. Oscar worked as a chef at the Tacoma Hotel and later at the Commercial Club.

In 1918 Tennie and Oscar bought the house at 914 N. Cushman, where the family would live until 1959. In 1918 a 1½ story house sat at the rear of the lot. In 1926, Oscar either moved the older house forward and added a full second story or removed it and built the house we see there today.

Both Oscar and Tennie were active in Tacoma’s Black community. Oscar served as secretary for the newly formed NAACP chapter and became its president in 1922. He also served on the Tacoma Community Chest Campaign and was a member of the Order of Odd Fellows. Tennie was an active member of the Mothers Progressive Club, eventually serving as its president. She also served as vice-president of the Clover Leaf Club, which Nettie Asberry had founded in 1908 and is the forerunner of today’s Tacoma City Association of Colored Women’s Clubs. The family attended the First Church of Christ, Scientist at the corner of South I St. and Division Ave.

The children attended Grant Elementary and later Stadium High. They were accomplished musicians, giving several public recitals: May and Mina-Belle on piano and Hugh on violin. May and Hugh attended the University of Puget Sound, while Mina-Belle attended the University of Southern California. While Hugh attended college, he also served as secretary for the local NAACP chapter, as had his father.

Tennie died rather suddenly in 1947. Daughter May and her husband William Lewis continued to live at 914 N. Cushman for another 12 years. Mina-Belle moved to Los Angeles, and later married. Oscar moved to Sacramento, where his eldest son lived and where he would own and operate two well-known taverns. He died in 1962.

In 1931 Hugh received a scholarship to attend Columbia University in New York City where he earned his Ph.D. Later, he taught at the North Carolina Agricultural & Technical University, a historically Black land grant university, and where he became the Chair of its Psychology and Teaching Department. He died in 1985 and is buried in Tacoma with his mother. For more information about Hugh, see www.facebook.com/HistoricTacoma/posts/10160058570882292.

In the racist language of the HOLC maps the Arnettes were supposedly “hazardous” to the neighborhood simply for the color of their skin. Their lives, however, tell a very different story. Like many other early NSHD residents, they worked, participated in the civic life of the city, and sought good educations for their children. Despite the racism they surely faced, the Arnettes clearly contributed to our diverse neighborhood and to our city.

[1] For more on the recent research concerning the HOLC maps, see “Redlining Didn’t Happen Quite the Way We Thought It Did.” (Governing Magazine, 21 Sept 2021, at https://www.governing.com/context/redlining-didnt-happen-quite-the-way-we-thought-it-did) [2] Price Fishback, Jonathan Rose, Ken Snowden, Thomas Storrs, "New Evidence on Redlining by Federal Housing Programs in the 1930s," Journal of Urban Economics, May, 2022, at https://doi.org/10.21033/wp-2022-01.